Reading from the “pencil in our lord’s hand:” 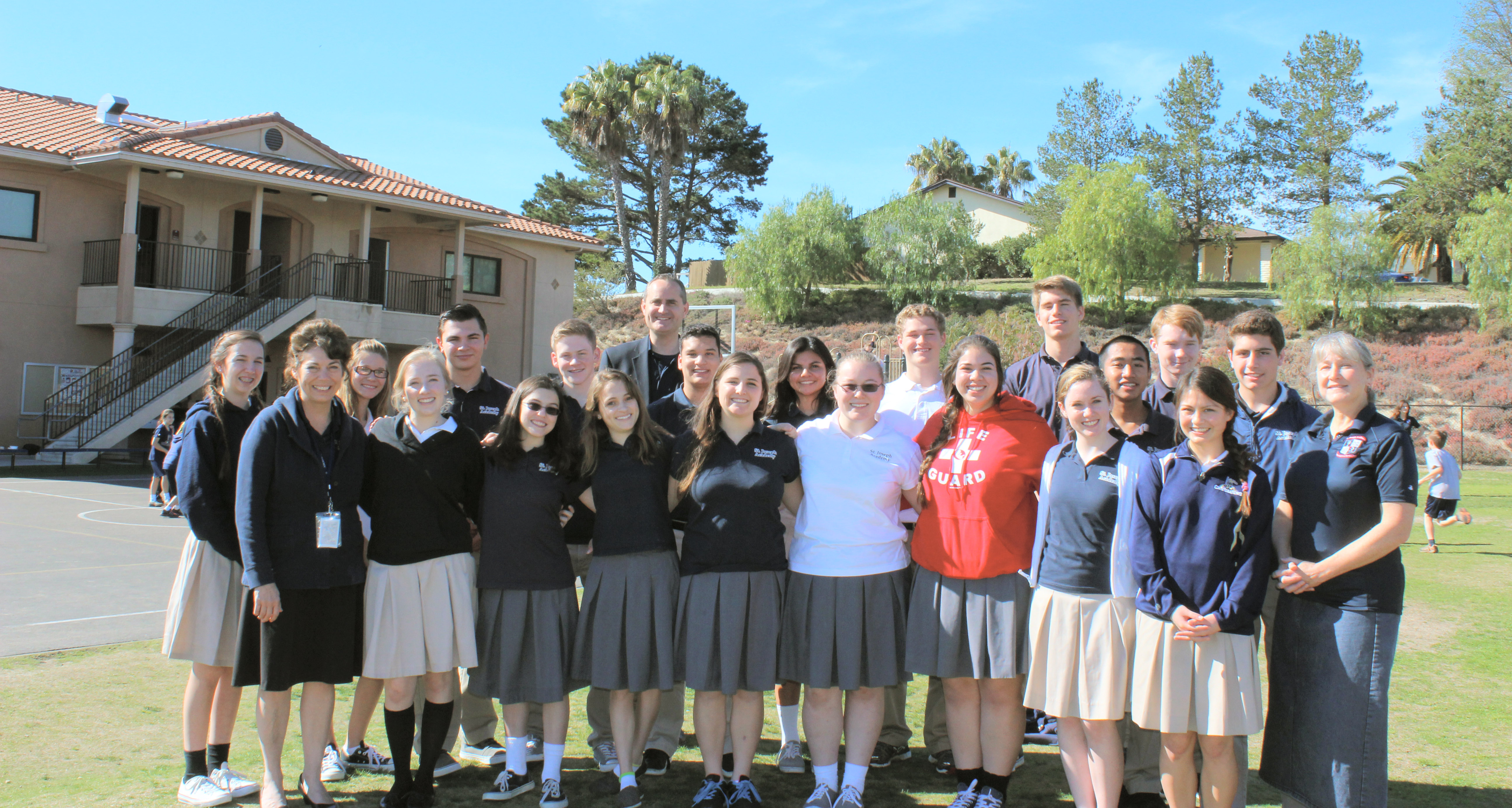 Reading from the “pencil in our lord’s hand:”

By Students from St. Joseph Academy in California

In San Marcos, California, a class of High School Juniors is busy delving into the life and work of Father Joseph Walijewski. They were introduced to the mission of the inspirational priest from the Diocese of La Crosse by their writing instructor, Helen Weir, who has been serving as a freelance correspondent for the diocese since the mid-2000s. What started out as a simple assignment has evolved into a journey of spiritual enrichment, original research, and active participation in Father’s Joe’s cause for canonization.

“I first heard of Father Walijewski during a class while viewing the documentary, ‘A Pencil in Our Lord’s Hand,’” said Saint Joseph Academy student, Angie A. “On top of his touching story, I recognized his saint-like qualities of selflessness, devotion, and virtue. Throughout the documentary and later research, I found him to be as lovable and relatable as a grandparent.” Angie is collecting stories of orphans whose lives have been changed by the loving environment of Father José’s Casa Hogar.

“Father Walijewski demonstrated, through the course of his life, his actions, and his works, the true meaning of what it takes to be a saint, a servant, and a pencil enclosed in God’s hand. I was particularly struck by Father’s willingness to cross between Bolivia and Brazil when building the church of the Holy Cross,” remarked Michael D. “The Amazon rainforest is no easy terrain to traverse,” he concluded. Michael’s research encapsulates Father José’s work in the South American continent, with particular regard to the priest’s effort to build the church of the Holy Cross in Santa Cruz, Bolivia.

“In this modern age the saints have gained an almost ‘legendary status.’ We often view their lives as irrelevant to ours since they lived so long ago,” said Nicholas D. “Father Walijewski was different; he only died a few years ago. He gave us a story we can relate to.” Nick’s area of interest is learning about the experiences of those who were close to Father.

As a class, the students were impacted by Father Walijewski’s life in many ways. Alexa M. was drawn towards the way Father Walijewski brought the Faith to the Asháninka, while Anthony G. was fascinated by the way the people considered him the Mother Teresa of their area. John Paul M. remarked, during the Year of Mercy, on how Father Walijewski models the Corporal and Spiritual Works of Mercy. Clare S. and Madison T. were intrigued by the influence he had on other people and the statement, “He’s not human,” quoted in the documentary. Several of the students expressed interest in how his mother’s wishes were granted due to his devotion to following God’s will, and particularly admired how Father Walijewski worked extensively to help other people whether they were old or young.
The Juniors of Saint Joseph Academy are in the process of composing research papers on the various facets of Father Walijewski’s charism. When the students complete their research, the papers will be shared on www.frjoesguild.org and Father Joe’s Guild Facebook page.